Treatments for Addiction: A Timeline of Progress 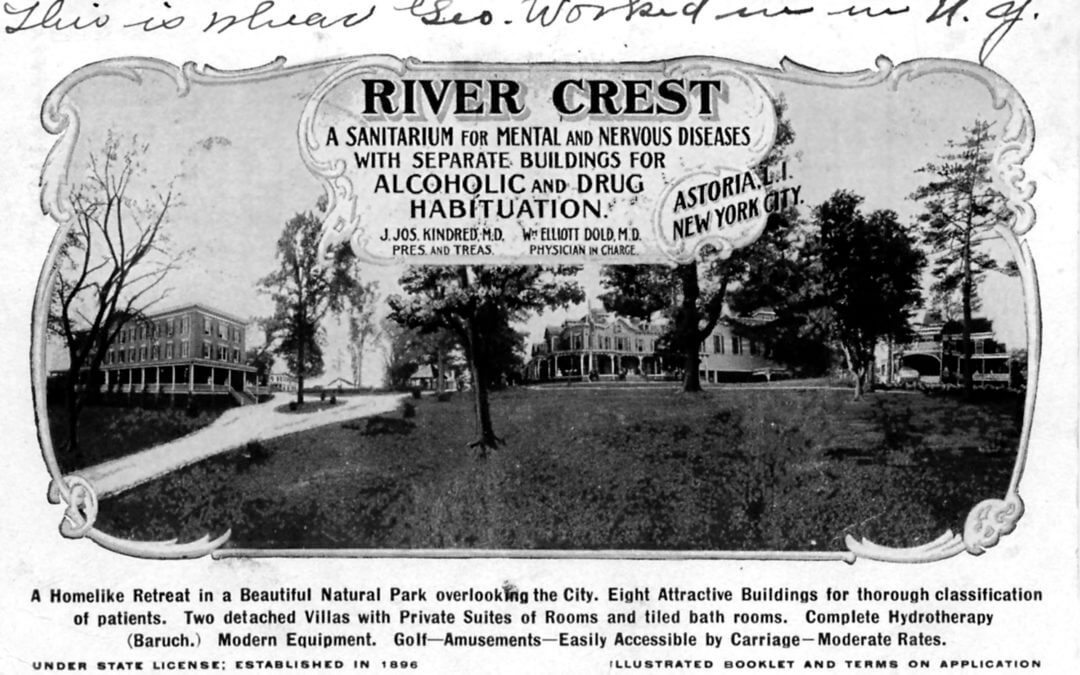 The medical community is constantly making progress on the advancement of treatments for addiction. However, just because there is still progress to be made, this does not negate the fact that addiction medicine has come a long way over the last century. Compared to some earlier methods, such as electroshock therapy or lobotomy, the treatments we have now would be considered cutting edge. Here is a timeline of the major advancements that have been made in treatments for addiction.

Treatments for Addiction in the 1920’s

The 1920’s was an interesting time in terms of addiction. In the United States, for a brief period of time, Alcohol was declared an illegal addictive substance. This was known as Prohibition. Though this could have been a positive change for American society, implementing laws against alcohol instead lead to increased criminal activity and illegal smuggling. It is thought that Prohibition was one major historical event that led to the rise of power for Mafia’s in the US. Also notably, rates of alcohol abuse rose throughout Prohibition era. In fact, it is thought that by making alcohol consumption “taboo”, the overall rate of alcohol consumption rose over time, even after alcohol was once again made legal.

During this time, there was little information or data on how to effectively treat addiction. Many experimental methods were used, including the same types of treatments that were used to treat the criminally insane. It was common practice to admit alcoholics and addicts to sanitariums and asylums, as alcohol rehab wasn’t common at this time. There they would undergo experimental treatments such as blood-letting- or use of leeches to remove “toxic” blood.  Another treatment method during this time was to give patients heavy doses of sedatives in an effort to manage their symptoms.

The 1930’s and 1940’s saw major scientific advancements, and as a result, doctors began to use new methods to attempt to cure people of their addictions. Among these methods included the invention of electroshock therapy in the 1930’s,  and the lobotomy in 1935. These methods were again used to treat psychological disorders and were used frequently on addicts and alcoholics. These methods were among the first medical procedures aimed at treating addiction by attempting to change the way that the brain functioned.

A major breakthrough in alcohol and drug addiction treatment came in 1935, when two men came together and founded a program that would become known as Alcoholics Anonymous. This program borrowed concepts from Native American practices, various religions, and even a similar group known at that time as the Oxford Group. The founders then added a component that would make this method an incredible success worldwide- the concept of service to other addicts and alcoholics. This program was so effective in maintaining sobriety, that today the program of AA has millions of members across the globe.

In 1944, the first known women to achieve sobriety through alcoholics anonymous founded the National Committee for Education on Alcoholism. The mission of this committee was to provide nationwide education on alcoholism and addiction in an effort to cultivate better treatment methods and end the stigma that surrounded addiction. Over the years that Committee grew and changed and eventually became on of the biggest providers of alcoholism treatment and education in the United States, know today as the National Council on Alcoholism and Drug Dependency (NCADD).

The 1950’s and Medically Assisted Treatment for Alcoholism

The 1950’s brought new methods of treatment by introducing drugs specifically geared toward treating addiction, as opposed to previous medications which aimed to treat mental illness. In 1951, the FDA approved the medication Disulfiram for the treatment of alcoholism. This medication is still used to treat alcohol addiction today, under the brand name Antabuse, by creating negative reaction if the user drank while on the medication. This form of prescription aversion therapy proved to be effective by making the individual very ill if they were to drink alcohol. While this medication is used safely today, this wasn’t always the case when it was originally approved. Initial doses given to alcoholics were so high that if the prescribed drank alcohol, the reaction could be fatal.

In 1956, the American Medical Association declared Alcoholism as a medical illness. This was noteworthy because for the first time, alcoholics were to be given the same standard of medical care as anyone else suffering from a medical disease.

While medical advancement is a good thing, arriving at new conclusions isn’t always a pretty process. This is especially true of scientific and government experimentation that was conducted in the 1960’s and 1970’s. During the 1960’s, the Unites States Narcotic Farms was established. This entity was founded for alcohol and drug treatment for addicts in jails and prisons. As a result of this, the treatment methods were less humane than those practiced on free citizens, as it was thought that that consequences were less significant if done to a prisoner. Additionally, this group asked prisoners to volunteer themselves for experimental treatments. These experiments included the LSD studies conducted by the CIA to try to formulate biochemical weapons against foreign enemies.

One distinctly positive result came from these experiments, however. For the first time, Methadone was used to attempt to treat heroin addicts. Until this time, Methadone was used only as a means of controlling alcohol withdrawal symptoms. The use of methadone to treat opiate addiction was officially approved by the FDA in 1971. The use of Methadone to manage heroin and opiate withdrawal is still a common practice today.

During the late 1960’s, insurance companies began to reimburse facilities for alcoholism treatment, and the US Army began implementing support and therapy programs for those addicted to drugs and alcohol as a result of the rising rates of addiction from the war in Vietnam.

In 1971, President Nixon declared the “war on drugs”- a move that would ultimately slow progress and criminalize addiction once again.

The 1980’s, Addiction Education, and the Appearance of Crack Cocaine

The 1980’s brought both positives and negatives for addiction treatment. The first major positive of this decade was the opening of the Betty Ford Clinic. This was done on behalf of former First Lady Betty Ford, who had previously opened up about her personal struggles with drug and alcohol addiction. Today, the Betty Ford Clinic is one of the leading innovators in drug and alcohol treatment nationwide. Another positive that took place during this time was the increase in drug education being offered to the public. This includes the beginnings of the drug education program D.A.R.E.

In response to the increase of education being made available, the drinking age in the United States was increased to 21 in 1984. The next year, a crystalized form of cocaine known as crack was first discovered on the streets. Finally, at the end of the 1980’s, the government passed the Crime Control Act. This was part of President Nixon’s initiative for the war on drugs, and it officially mandated a system for sentencing for drug offenses.

The 1990’s and Methamphetamine

Each decade brings new drug threats, and new advancements aimed at combating them. In the 1990’s, the new threat was Methamphetamine. The stimulant drug began appearing among high school students, which started a harrowing trend of teenage drug abuse increasing over the next five years. This led to new legislation introduced under President Clinton known as the three strikes law in 1994. This law was intended to impose severe sentences on those who had committed more than 2 serious crimes, including drug related crime. This initiative was part of the continuing war on drugs, and led further criminalization of addicts and alcoholics, and increased stigma. As a result of this, the United States Prison Population increased by 500% throughout the 1980s and 1900s.

One major advancement during this decade for drug treatment came in 1995 when the FDA approved the drug naltrexone, known by the brand name Vivitrol, for alcohol addiction treatment.

The 2000’s saw a decrease in Methamphetamine addiction, and a sharp increase in Opiate Addiction. As a result of this, the medical community began seeking better and more effective methods to treat the growing surplus of patients suffering with opiate and heroin addiction. In October of 2002, the FDA approved buprenorphine under the brand name Subutex, and buprenorphine with naloxone under the brand name Suboxone for treatment of opiate abuse disorder. These drugs marked a major breakthrough in the treatment of opiate addiction. In 2010, Vivitrol was approved by the FDA as a long-term treatment for opiate abuse as well.

The practice of addiction treatment is always progressing and making strides to ensure that those who are struggling with addiction receive the best and most innovative care possible. If you or someone that you love is struggling with an addiction, there is hope for change. Don’t wait to get help. Begin living a better life today.