Signs Your Teenager May Have a Drug Problem 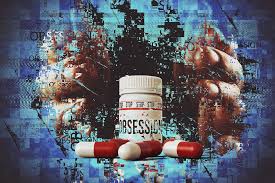 It can be very difficult to spot a drug problem in your teen, for many reasons. Teenagers more than any other age group are at a phase in their mental and social development where they are looking to form relationships outside of their family. For this reason, they may be spending more time away from home. They may be talking to you less about important things. They may be spending more time in their rooms. On top of that, due to hormonal changes, teenagers can be moody. It may seem hard to bring up concerns to your teenager for fear that they will get upset. It also may be hard to nail down exactly why their moods are changing. Is it a normal part of adolescence, or is it something more? While it can be hard to believe, or accept, there are some clear-cut signs your teenager may have a drug problem.

Behavioral Changes Due to Drug Use

During teenage years, every person is more likely to have behavioral shifts. Changes in hormones and cognitive abilities during these years are most often the cause of this, but in some cases, there may be more going on. It may feel hard to know what to expect when it comes to your teens behavioral enough already, but there are signs that indicate they are experiencing something outside of the norm. Some indicators can include:

Like behavioral changes, emotional changes are also common during adolescence. Teenagers are notoriously moody, and that is not in itself a reason to be concerned. However, you know your child better than anyone, and if you notice that they are experiencing more than your run of the mill teen angst, then that could be a sign of drug use. Some signs to watch for include:

Physical Changes as a Result of Drug Abuse

Like all of these signs, physical changes may be hard to spot because they are normal to experience during teenage years. However, there are certain physical changes that can be expected, and some that should normally not occur. For example, during puberty it is common for men to experience and increase in muscle mass, and women to experience an increase in fat distribution. In either scenario, it would could be considered worrisome if the individual were to begin losing extreme amount of weight. Some other physical symptoms which could indicate a drug problem include:

Other Notable Signs of Drug Abuse in Teens

There may be other signs that your teenager is experiencing a drug abuse problem, even if none of the above symptoms are present. For example, finding paraphernalia in their belongings is a pretty sure sign. This could include lighters, small plastic baggies, cigarette rolling papers, straws, foil, and much more. Teenagers are heavily influenced by those they spend time with. If you notice your child is spending a lot of time with other kids who use drugs, it could also mean that they are using. Sneaking out, getting in trouble at school, or losing interesting in activities that they once enjoyed could be a clue that they are getting involved in drugs as well.

The truth is, when people get involved in drugs, no matter their age, they are typically not forthcoming about it. The best thing you can do is pay attention, talk to them about the dangers of drugs and alcohol, and make sure that they know that they can always come to you for help if they need it.

If you child is abusing drugs, just know that there is help available to you and to them. Talk with a doctor, therapist, or substance abuse specialist who will be able to discuss your options with you and ensure your child gets the help they need.